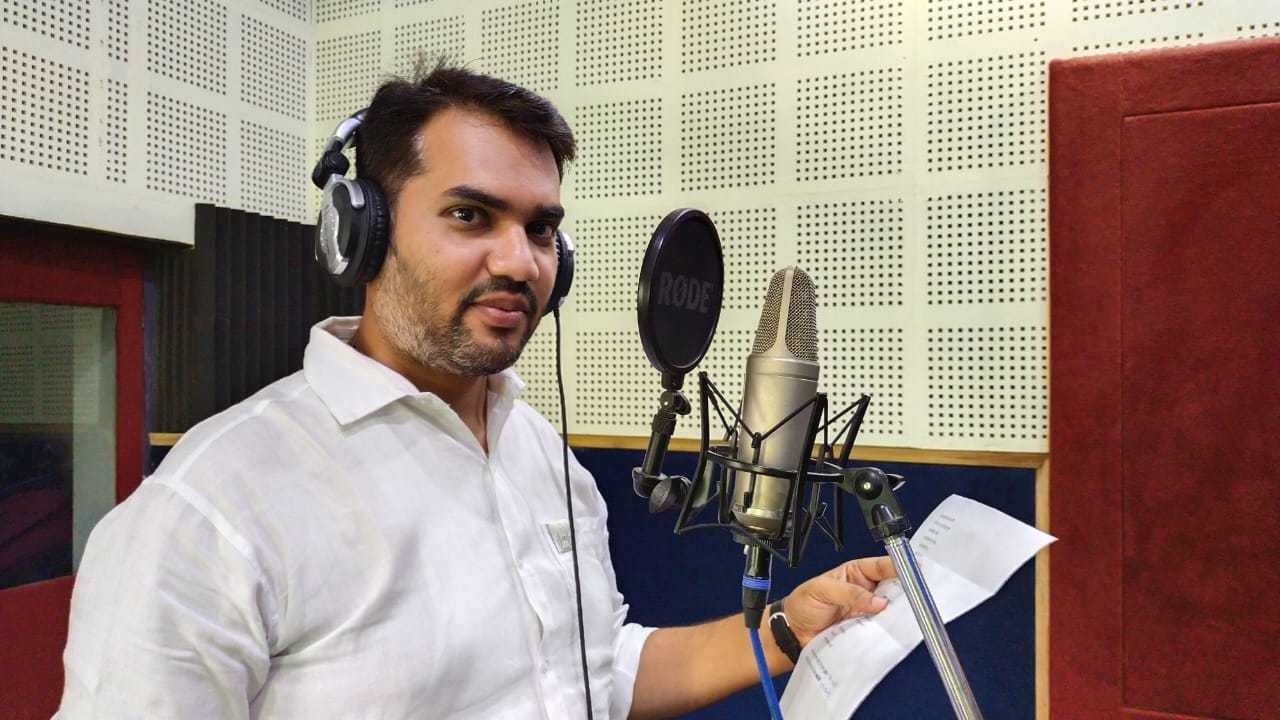 I feel it is always passion that takes a person to new heights, our next article is about one such person who did not even like to study but later reached the greatest heights of success just by his hard work and passion for being someone and achieving something.

Sagar Gupta aged 34 years from Rajnandgaon, Chhattisgarh has pursued a Master’s in Broadcast Journalism from Makhanlal Chaturvedi University and a Master’s diploma in Digital Marketing from Digital Gurukul in the year 2020-21. Sagar has a small family of parents, a Wife, and a daughter.

When asked Sagar how he developed his love for writing and media he says, “I completed my schooling and graduated from Rajnandgaon city. Because Hindi is the most widely spoken language, I am fluent in both Hindi and regional languages (Chhattisgarhi). This knowledge of the language steered my future studies toward journalism and Content.”

When Sagar was 8-9 years old he liked to listen to Gazals and his passion for writing and literature and that’s how his interest got discovered.

Like most of the kids, Sagar also did not like to even touch his books and study but some incidents made him firm in achieving his goals and going ahead with his interests, “I recall being terrified of studying at one point in my life. When I was younger, I used to avoid books like the plague. However, time flu struck, and I was subjected to several rejections, ignorance, and humiliation as a result of my lack of knowledge, prompting me to pick up a book. I began reading and eventually earned a master’s degree in journalism as a result of my efforts.”

Well, Sagar, I think a lot of parents will relate to the fact of kids avoiding books like plague, even mine!!

I think it is never too late to realize and work hard for your career. And you make it sound really easy for everyone.

Sagar holds a really interesting career and has gained a lot of experience in his field and I can say he became the best. It made us really curious to ask Sagar about his career and how he reached the success ladder where he is standing right now.

“In 2012, I post-graduated from the Makhan Lal Chaturvedi University of Journalism in Broadcast Journalism and began my career as a journalist with the Hindi news channel NDTV India (Mumbai). Writing became a pleasure for me, and while writing for NDTV, I began writing articles for a variety of monthly magazines as well.

Working for three years for electronic media, my writing skills moved my career from tv/print to digital platforms and started writing for websites and news portals. I began working as a content writer for a website called Youngistan in 2015.

After writing for multiple websites and working in various forms of writing, including stories and scriptwriting, I registered myself in SWA (Screenwriters Association Mumbai). I worked as a scriptwriter for Light Camera Kissey on Sony MAX and Adhyatam Channel in the TV Industry in 2016. Working on short movies led me to the advertising profession, as well as copywriting. I created advertisements and sales copies for a variety of companies, including Radio Mirchi and Quantified Media (a New York-based Ad Agency).

I have recently done a master’s diploma from Digital Gurukul with a degree in Digital Marketing and Social Media in 2020-21. My work was fortunate to be featured in Disney+Hotstar as a scriptwriter for Picture Factory’s digital film “House-Husband”. A recent tiny digital film written and directed by me “Daayare Ishq Ke” featured in “Pocket films”.

I am currently employed as a Content Head at ABIS Exports India Pvt. Ltd. in Rajnandgaon, Chhattisgarh.”

After getting to know the skills and knowledge Sagar has I was confused about what can I write for a person who himself is a master in this field. Sagar is just not talented but also very down-to-earth as a human being.

Sagar used the lockdown period and work from home as an opportunity to learn something new and polish his skills in social media, as soon as Sagar decided to pursue a degree in social media he searched for a lot of institutions but did not find the syllabus as interesting as Digital Gurukul which made him enroll for Master’s diploma in Digital Marketing and Social Media.

I totally agree with Sagar in this Dr. Raj Padhiyar sir is known for his different way of teaching style and his knowledge about the Digital world is unmatchable, This was also shared by one of Raj Sir’s students named Shilpa Sundarani who under guidance of Raj sir soon starting her Ecommerce business.

Having so much experience in work and the digital world Sagar gives his wisdom of word for the upcoming generation as well, “ Digital marketing is media of Next Generation and upcoming generation ko ye samjhana padega ki media ka future hai to Digital and social media me hi hain. And as far as my career is concerned mere digital marketing course complete karne ke turant baad ye hua ki I got salary hike aur sirf writer na ho kar main company ke liye ek assets bana gaya kyoki I was one who is providing leads to the sales team.”

We totally agree with Sagar, Social media is getting more and more demanding with time and even new things come up as you dig into it, But it is not at all a challenge for students of Digital Gurukul as Dr. Raj Padhiya does not only teaches his students he makes sure his students are the best in their field and guides them throughout.

Sagar is soon planning to start his own business for which he will handle his own social media marketing too.

We wish you a lot of success to come under you Sagar and keep inspiring people with your talent and work.

She holds experience working in the Education industry for 2 years as an English faculty. Starting her career as an Academic Counselor in Pune, promoting higher education & vocational studies, she moved to corporate as a Human Resource and People Ops expert with a popular corporate based in the UK. Her forte lies in recognizing new trends in education, communication & other sectors. Constantly learning and sharing her knowledge she is now the Head Content Writer at Digital Gurukul.