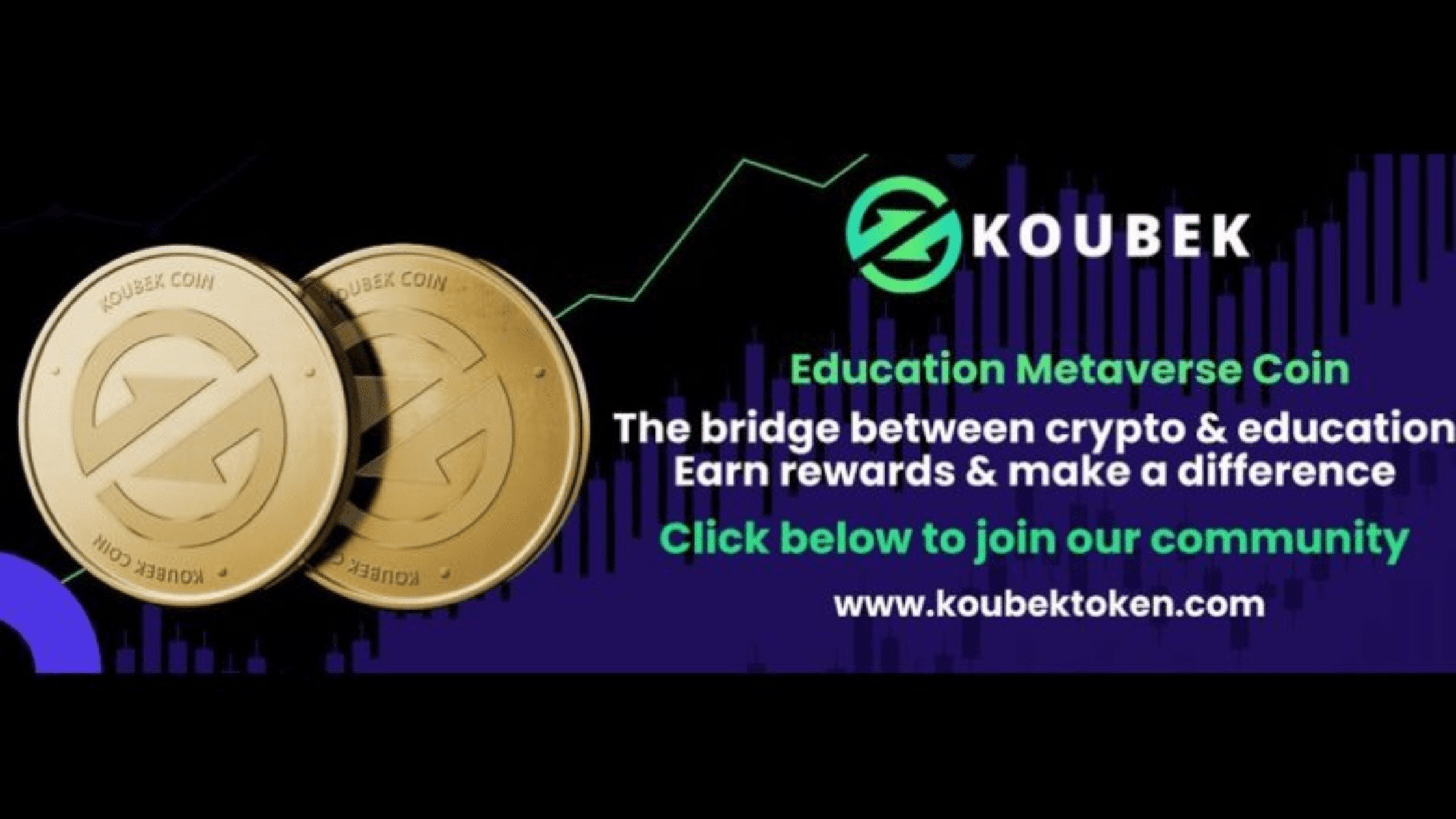 Koubek is Asia’s 1st Education Metaverse-based Crypto project. The Koubek Crypto Project has a mission to transform the future of the education system through a revolutionary blockchain project. Decentralization allows Koubek to flourish as a 100% community-driven Education Metaverse project. Since the day of launch Koubek has seen increasing holders and rapid growth.

With progress plans developed with intense brainstorming of the whole team for more than 10 months, Koubek stands as a solid milestone in this progressive, exciting age of a new Education based ecosystem.

It is also important to know for investors that Koubek is a safe design. Total transparency is one of the highest priorities of the Koubek team.

Koubek means in Czech “Extreme in fortune, health, and spirituality”.

Koubek was released on May 22, 2021, on the Binance Smart Chain network.

Koubek is a result of some very experienced people who sat together for almost 10 months to develop a safe token for the community.

Some members of Koubek Token are –

Koubek Token has seen three major phases in the period. Which are as follows –

This was the phase where the Koubek token almost reached 1000 holders. Landmarks that Koubek Token reached in this phase were –

– Donations and Associations for Education Initiatives

The last phase was phase 3 which was 15/03/2022 and onwards upon reaching 20,000 holders and a lot of achievements happened in this phase-

– Governance token process/evolution of the project

The rise of Koubek Token was divided into this three-phase till date and the intention is to keep on growing and earn more and more trust of buyers/investors.

The Core Features of Koubek

Koubek token is totally secure as it has verified contracts, doxxed Devs, locked liquidity, and community-driven

Centered around Education as a pivot point to ensure that all $KBK Coin falls under the transformation future of education.

A deflationary token creates scarcity of the token in the long term.

Community-driven as the key decision will be made based on community consensus.

Launch of EXCLUSIVE E-Commerce store for the World’s innovative D2C Startups to list their products/ services where payment would be exclusively done through KBK Pay.

In Koubek Ecosystem – $KBK will be a multi-utility ecosystem token that players can earn through both PvE and PvP game modes, as well as through stalking. The token can be traded through a traditional DEX and on Koubek’s in-game marketplace.

According to Hindu mythology, there are 33 Koti gods in heaven who are under the rule of their king God Indra. UNDER Koubek Eco-System NFT Series all the supreme powerful gods would be created under Koubek Ecosystem with $KBK Token.

An entertainment division under Koubek Ecosystem where all the education and entertainment events across the world will have $KBK as a joining/reward token.

Koubek is centered around Education and it aims to launch a launchpad for all the educators across the world to create and launch their courses and earn a revenue of $KBK.

Koubek Token sale has grown rapidly since its launch, and we received the support of 7000+ investors in 12+ different countries.

How to buy Koubek Token?

Here is a very descriptive youtube video that will help you guide step by step by Dr. Raj Padhiyar- How to buy Koubek & Setup Wallet (In Hindi)