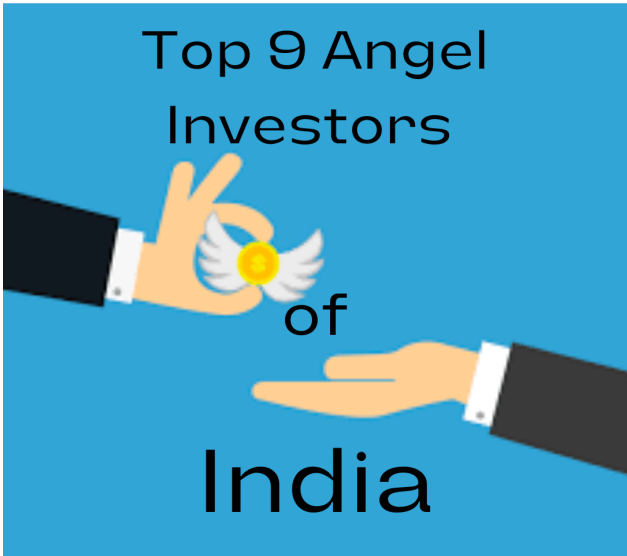 Before mentioning the top 9 angel investors of India let’s get a brief introduction of who is an angel
investor, what makes them eligible to invest in a certain company or startup.

What is an Angel investor?

An Angel investor is also known as a private investor or angel funder is a high net worth individual
who provides financial backing for small startups or entrepreneurs. Basically, it is a one-time
investment to help the business get off the ground to support or carry the company through its
difficult early stages. In return, they invest in exchange for ownership of certain equity in the
company.

Who is an Angel investor?

Taking a huge risk on new startups the angel investors do not represent more than 10% of their
portfolio. They invest in startups in exchange for ownership equity or convertible debt.
These are the investors who have gained accredited investor status.
Essentially these individuals both have the finances and desire to provide funding for startups.
Typically their source of funding is their own money.

What are accredited, investors?

The Security and exchange commission (SEC) defines an “accredited investor” as one with a
the net worth of $1M in assets or more (excluding personal residences), or having earned $200k in
income for the previous two years, or having a combined income of $300k for married couples.

With the intention of investing $1.5 million in south Asian startup companies Rajan Anandan has
already invested in a number of businesses, including Buttercups, a Bangalore based online
lingerie company, Druva, Capillary technologies, Unacademy, TravelKhana, EasyGov., Instamojo,
We engage, BOV Capital and others.

Rajan Anandan is an Indian businessman who has served in many big-scale organization’s like
Google, Microsoft, and Dell. Along with this, he co-founded Sri Lanka’s first seed fund. And
currently serving as managing director of Sequoia Capital India. His huge dedication to work has made him come in the list of Top Angel investors of India

Considered as a techie who focuses on SaaS, internet services, analytics and artificial
intelligence, media. With investment in a few startups like LivSpace, Edu Fire, Buffer, Loop,
Flipora and Whatfix etc. Gokul Rajaram is the founder of Chai Labs and a former product director at Facebook.

Being awarded by a lot many young entrepreneurs awards Kunal Bahl is a CEO and CoFounder of India’s premier value-focused e-commerce site named Snapdeal.com which itself have received funding from renowned people like Temasek, BlackRock, Me. Ratan Tata, Softbank, and Premji Invest are some others.

A very enthusiastic angel investor. He has invested in more than 120 technology companies across consumer internet, finance, direct-to-consumer brands, AI, and deep-tech in India, The United States, and Southeast Asia. He also owns ventures like Ola Cabs, Urban Company, Razorpay, Shadowfax, and Mamaearth.

Known as co-founder of Flipkart, which Walmart bought for $16 billion in 2018, Sachin Bansal is
an Indian businessman born on August 5, 1981. Being a passionate person who wants to help a person to bring his ideas into reality, Sachin Bansal has invested in around 14 Indian startups and businesses, SaaS, Internet services, analytics, AI, media, and e-commerce are the areas where he likes to invest the most.

Born in 1978 and Nominated as the 62nd richest person in India in 2020, according to Forbes, with
a net worth of US$2.35 billion, Vijay Shekhar Sharma, the founder and CEO of Paytm has
invested in over 37 companies. He has been added to the firms like Unacademy, source easy, InnerChef, The Ken, and Milaap. His abilities make him come among the top angel investors in India. He has been recognized by various awards and magazines.

The man himself needs no introduction. Honored with India’s two highest civilian awards, The
Padma Vibhushan (2008) and Padma Bhushan (2009). Ratan Tata served as chairman of the Tata group from 1990 to 2012 and he continues to manage the company’s charity trusts. Ratan Tata has invested in more than 24 companies including furniture e-tailer Urban Ladder, digital payments app Paytm, ride-hailing company Ola and its electric vehicle branch Ola electric mobility. Along with his financial help the young entrepreneurs use to get his guidance and advice as well. All his dedication and efforts made him come in the list of top Angel investors of
India.

Being a frequent Angel Investor Sandeep Tandon is a mentor, investor, and technology entrepreneur. He is a co-founder of Free charge and also a Managing director of the Tandon group. He not only invests in firms in India but also invests in North America.

Recognized as a Young Global Leader by the World Economic Forum in 2010 and one of Silicon Valley’s 40 rising stars in 2011, Anand Chandrasekaran comes under one of the best Angel Investors of India. Currently working in Yahoo! As in charge of mobile product management within the search product division he has also worked as Director of Product Management at Openwave.

With the major triumphs in his decade-long career, Sanjay Mehta is known as a technology investor and venture capitalist which makes him the best Angel investor in India. He has invested in more than 150 firms and keeps on investing in any firm he sees if deserving.