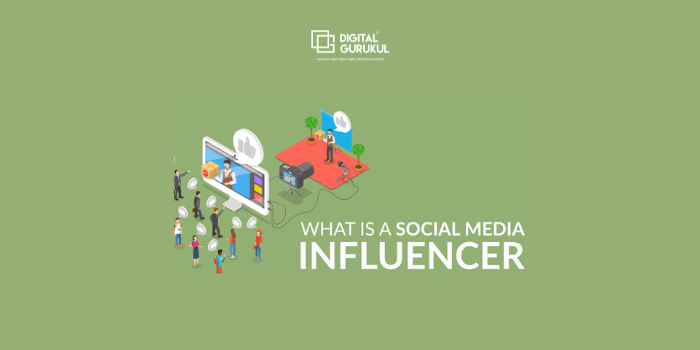 Do you know who are the biggest social media influencers on Instagram? Don’t worry I’ll tell you.

The best thing I like about social media is that it has given voice and power to the hands of millions of people across the world. Earlier it was impossible to communicate with people and show them your talent & abilities because there was not any common platform where people can watch you, but with the introduction of social media, it has become possible and feasible now you have the chance to build a community around your special talent and people will follow you if you are good enough.

Many people have become very big and famous social media influencers because of their special talents and abilities which they can showcase on various social media platforms and are earning millions of dollars by endorsing brands on their social media profiles.

I am sure that you must have heard the name of these social media influencers before as they are amongst the most famous personalities and public figures of the world having millions of followers on their Instagram.

If you want to learn more about social media influencers & Influencer Marketing then you can join our free demo class on digital marketing.

Five-time Ballon d’Or winner earns a huge amount of money from his Instagram Paid Partnership post, according to some reports he earned a massive amount of  $47 million from the paid posts in the year 2020. He charges around $1.6 million per sponsored post on Instagram. He owns a brand CR7 which he promotes to his Gigantic user base on Instagram. He generally posts photographs of his wife and kids.

The multi-talented actress and singer, Selena Gomez is surprising the world with her huge follower base on Instagram. She is the queen of Instagram with a vast follower base of 264 million on Instagram. According to her, she doesn’t even have a social media consultant for her Instagram and she posts the stuff she likes without giving it a serious thought.

She has appeared in many films like Another Cinderella Story, Monte Carlo, Princess Protection Program, and several other films which gave her worldwide recognition. She is also an award-winning singer.

Earlier she holds the title of the most followed woman on Instagram but she lost this title to Ariana Grande but she never lost the charm and influence she has on her followers. She is one of the most loved social media influencers in the world.

Kylie Jenner is the youngest self-made billionaire who became a billionaire at just the age of 21, at this age people like you and me are confused about what to do in life.

Not only the youngest self-made billionaire but she is also the most followed woman on Instagram with a follower base of 270 million. She is one of the most powerful and influential people on Instagram in 2021 having her influence on millions of her followers.

At this small age, she has achieved enormous success and prosperity, and not all but much of the credit for her success goes to her gigantic user base on Instagram. She owns several brands of beauty products and makeup kits like Kyliecosmetics, Kylieskin, Kylieswim, Kyliebaby which she promotes on her Instagram profile.

Addison Rae is one of the biggest social media influencers and popular personalities with a follower base of 40 million on Instagram, though she does not have a vast amount of following on Instagram like her other contemporaries Kylie Jenner and Selena Gomez, the popularity she has with her current follower base and fans is mesmerizing.

Along with Instagram she also has a huge amount of follower base on a new social media platform Tik-Tok (around 80 million), making her the third most followed person on Tik-Tok.

With her growing Instagram and social media popularity, she grabs the eye of Netflix content creators and bags an opportunity for an acting debut in “He’s All that”.

She promotes her own line of health and beauty products “Itembeauty” on Instagram and other social media platforms. She also posts very engaging and interactive content on her Instagram which is loved by her fans. She also charges a hefty amount of money per sponsored post on Instagram.

Huda Kattan is a famous makeup artist and blogger. She is one of the most influential makeup artists and beauty geniuses, known for her tutorials and advice related to the beauty & makeup industry. Her popularity on the internet makes her one of the biggest social media influencers in the world.

“Huda Beauty”, her Instagram profile has a follower base of 49.3 million where she posts content about the beauty and makeup tutorials. The main reason for her popularity is the type of content she posts on Instagram as she provides wonderful insights on makeup tutorials, which beauty products are better? Reviews of several beauty products, how-to videos, and many helpful tips for beauty and fashion aficionados.

She launched her own beauty product line by the name of  “Hudabeauty” which is one of the fastest-growing beauty brands. She leverages her Instagram follower base and promotes its flagship products on social media. Along with Hudabeauty, she is also the founder of “wishfulskin” another makeup and beauty brand.

If you look at the beauty and makeup sector then Huda Kattan is one of the fastest-growing makeup artists and influencers because of her credible image in the field of beauty & fashion.

Indian Cricket team Captain, Virat Kohli, holds the top position of the highest-ranking Indian on the Hopper Instagram Rich List. He is one of the most influential people on Instagram in India with a follower base of 154 million.

Virat Kohli is the first Indian as well as the first Asian to cross the landmark of 150 million followers on Instagram.

His brand value stood at the staggering amount of $237 million which is even more than Mega-stars of Bollywood. According to some reports, he charges around Rs.5 crore (over $6,80,000) for one sponsored post on Instagram.

Indian Skipper Virat Kohli promotes many goliath brands on his Instagram like Puma, Audi India, Myntra, and numerous other brands. He also owns a fashionable brand “Wrogn” which he promotes using his own Instagram profile and leverages his influence over social media.

Priyanka Chopra holds the 27th position on Instagram’s Rich List (by Hopper) and she is the only Indian after Virat Kohli to bag the position in this list. She tops the list of biggest social media influencers in India in Bollywood.

According to some reports, Priyanka charges $403,000 (an estimated Rs.3 Crore) for posting one sponsored post on Instagram and making her one of India’s biggest social media influencers.