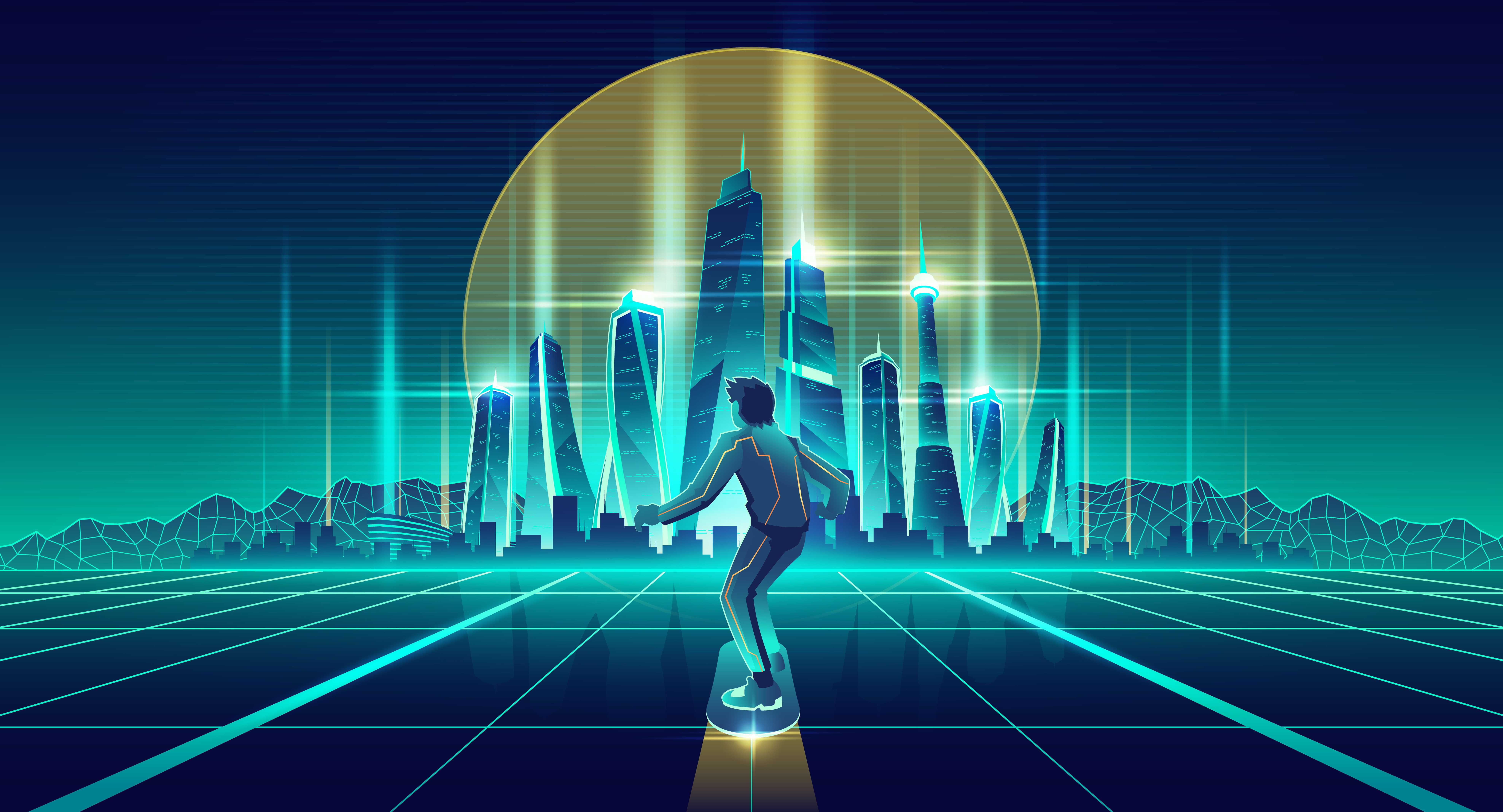 Cryptocurrencies have taken the world by storm and with each passing day the demand for this digital currency is ever so rising. The growth in this field is utterly spectacular and is being accepted across the globe. Cryptocurrency is a decentralized blockchain-based platform, which being decentralized is able to step outside the overall control and jurisdiction of central authorities and can work freely without any unnecessary government interference. In addition to this, we all know by now that the crypto world has come a long way since when it all first started. Unlike its initial years in the marketplace, there are pools of currencies available today to choose from, with newer ones coming in with each passing day and tons of new investors joining in every hour.

Now let’s understand what is Metaverse. The metaverse is nothing but a virtual representation of reality. Users on the platform can use a virtual custom-made avatar that can basically look any way they want it to to visit art galleries, attend concerts, and visit foreign places, all in these virtual worlds. In other words, a Metaverse is a three-dimensional universe that is known to combine multiple virtual spaces. Not just that, it can directly be compared to a future version of the internet and with this, users will be able to meet, collaborate, socialize as well as play games in these 3D spaces.

Here’s a list of the top 9 metaverse cryptocurrency projects of 2022 :

Decentraland is referred to as a virtual universe of sorts, including the entire metaverse. Not just that, Decentraland is known to rank as the biggest metaverse cryptocurrency right now with a live market cap of about 5.6 billion dollars. Even with a significant pullback since December, MANA has more than doubled over the past few months. Users on Decentraland can easily monetize their LAND by allowing advertising, allowing interactive games, and so on. As mentioned, Decentraland’s native token, MANA is the currency used throughout the metaverse and can obviously be used to buy LAND, but also to purchase wearables, avatars, names, and various other items in the Decentraland marketplace.

Sandbox doesn’t really trail much behind Decentraland and is known to be the second most popular metaverse cryptocurrency but as a matter of fact, it has proved to be a much bigger winner as and when compared to Decentraland over the past few months, with its native SAND token soaring close to 1,670 percent. Just like Decentralnd, the Sandbox is also a virtual world that is known to make use of a DAO model. Not just that, similar to Decentralnd, The Sandbox is also known to be built on the Ethereum blockchain. This blockchain is said to support smart contracts by simply purchasing virtual land as well as other assets.

Axie Infinity or as commonly referred to as AXS is known to come in third among metaverse cryptocurrencies and its AXS token has been said to be the best performer of the top three over the past few months with a gain of about 2,840 percent. Not just that, there are several similarities among Axie Infinity as well as the two biggest crypto metaverses like the fact that, Axie Infinity is built on top of the Ethereum blockchain just like the other two and that Axie Infinity has its very own native utility token used as a currency in its virtual world.

Gala is nothing but simply a blockchain gaming platform founded by Eric Schiermeyer on July 21, 2019, and is known to combine non-fungible tokens (NFTs) to create a blockchain game ecosystem, using which players can easily own and trade game assets on a global scale at any given point in time. The platform aims on taking the gaming industry to a whole other level by reclaiming control of the fame for the players. In simpler words, Gala is a gaming platform that is partially operated as well as owned by its players.

Enjin is nothing but an ERC-20 token that is built on the Ethereum blockchain and is designed in order to be an in-game currency purchasing game items, while also adding some value to in-game assets. ENJ being the native utility token of the platform can also be used as a medium currency to sell and purchase any in-game items. In addition to this, Enjin’s platform has one other function, marketplace. This particular function allows game players as well as developers to trade the items that they have built on a marketplace without having to pay any intermediary fees.

Metahero is nothing but a new metaverse object that is known to revolve around creating 3D avatars of real word person and objects with the help of 3D scanning. The company has been able to install a scanning chamber in Doha that is said to scan objects and create their virtual, 3D form for the Metahero universe. For this purpose, they have also partnered with Wolf Studios and the crypto HERO, its native utility token has a market cap of over 494 million dollars as of the beginning of this year. Although it’s not too much but considering Metahero is a relatively new project, I think it is justifiable.

Highstreet is a rather interesting project that has a lot of potentials, at least in terms of metaverse application. Like many others, using its native utility token, HIGH, you can easily shop for things inside the virtual universe and some Shopify stores are already integrated into the gaming platform. What really sets it apart from all the others in the marketplace is its hybrid model of virtual experience. The project is known to be backed by the tech company HTC and in August 2021, it raised about 5 million dollars. Its market cap as of January this year is over 85 million dollars and since its launch in October last year, the coin’s value has gone up by nearly 90 percent.

Star Atlas is a metaverse project based on a game that shows the future, the year 2620 to be precise, here players can conquer the land as well as collect resources in a highly futuristic setting. Not just that, its metaverse token, ATLAS can also be earned by playing the game. Just think of it as an average game based on rewards wherein you earn coins as you play and accomplish things. But, in this case, the rewards have the potential to make gains. In addition to this, the game is based on Solana, which gives it a rather significant advantage of the low transaction fees as and when compared to Ethereum-based projects. Its current market cap is about 134 million dollars.

Epik Prime is simply a metaverse crypto project that has come a long way since it was first introduced and has become all about NFTs. The crypto EPIK is available on PancakeSwap, Huobi Global, as well as Uniswap, and the project is known to be partnered with AAA Games as well, which resulted in a spike in its value. Not just that, it is a project working with other brands to simply create an NFT marketplace, and even though the application of this
token cannot be seen, it has already reached a market cap of about 62 million dollars.